After seven weeks at the top, Adele’s “Hello” leaves the pole position for Cam’s “Burning House” to take over. Taking the top in its 27th week on the chart, it becomes the song with the longest ascent to #1 in chart history. Adele holds positions 2-4, with Carly Rae Jepsen’s “Run Away With Me” rounding out the top five. Another version of “Burning House,” by EZA and Aaron Krause, leaps 36-7 in its second week. “Can’t Let Go” becomes the fourth song from 25 to reach the top ten, while Sophia Somajo and Fleur East both enter the top twenty. The highest debut of the week is “80’s Mercedes,” the first of three entries this week from Maren Morris’s self-titled debut EP; Majid Jordan, American Authors, another song from Cam’s Untamed, and Pony Pony Run Run also debut.

Adele holds the top spot with “Hello” while also moving “Water Under The Bridge” to a new peak of #3. Cam also rebounds again with “Burning House,” now in the runner-up spot. Alessia Cara moves her vocal collaboration with Sebastian Kole, “Stone,” into the top ten. Speaking of “Burning House,” EZA and Aaron Krause’s new cover of the Cam hit is the week’s highest debut at #36. CAFUNÉ scores a pair of entries from debut EP Love Songs For Other People, as does Troye Sivan from his album Blue Neighbourhood, while Cam gets another four from debut album Untamed. 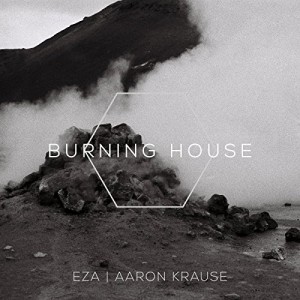