With the top ten completely frozen, the first interesting moves come later in the top twenty, with Josh Groban and Kelly Clarkson’s “All I Ask Of You” jumping 28-19 and R5’s “Let’s Not Be Alone Tonight” also entering the top twenty, up 31-20. It’s a quiet week for debuts as well, with Neon Trees scoring the highest of the four new entries with newly-released single “Songs I Can’t Listen To.” Sia and Little Big Town also re-enter with their current singles; the additional debuts come from American Idol‘s Clark Beckham, NEEDTOBREATHE featuring Gavin DeGraw, and another single from Allen Stone.

Walk The Moon makes it a dozen weeks at the top with “Shut Up And Dance” continuing its reign. The top ten is mostly unchanged, impacted mainly by Carly Rae Jepsen’s jump to the top five with “I Really Like You.” Cheerleader’s “The Sunshine Of Your Youth” is the week’s biggest mover, leaping 32 positions to #35 in its fourth week on the chart. Just below, Chris Stapleton enters with the highest debut, “Traveller,” at #36. Josh Groban and Kelly Clarkson also make a debut in the chart’s upper half as their cover of The Phantom Of The Opera track “All I Ask Of You” reaches #50. Nine more debuts are led by Erik Hassle, another track from Handsome Ghost’s Steps EP, and two new tracks from the upcoming release of Alabama Shakes’ sophomore album, Sound & Color. 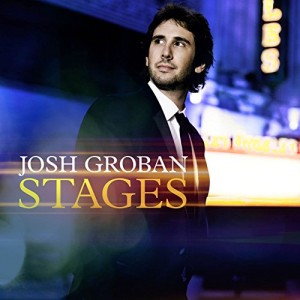 All I Ask Of You