The top ten rests fairly unchanged for another week, with Hunter Hunted and Robin Thicke featuring Nicki Minaj slipping into its lower reaches. Troye Sivan’s “Wild” is the week’s biggest mover, up 27 from last week’s #82 debut to #55. More notable are the debuts, led by Ellie Goulding’s Delirium lead single “On My Mind,” in at #24. Sara Bareilles isn’t far behind, launching “She Used To Be Mine” from the album What’s Inside: Songs From Waitress at #31. Joe Jonas-fronted band DNCE’s debut “Cake By The Ocean” and new Naughty Boy single “Runnin’ (Lose It All),” featuring Beyoncé and Arrow Benjamin, both enter within the top sixty. Below, additional debuts include new entries from Finish Ticket, BØRNS, Troye Sivan featuring Broods, XOV, CHVRCHES, and Great Good Fine OK.

A quiet week for the chart sees positive action for Leon Bridges, Hunter Hunted, and R5. Only one debut makes the chart, Hunter Hayes’s “Young And In Love” at #95, but a quartet of re-entries appear as well from Hayes, Charlie Puth featuring Meghan Trainor, Bea Miller, and POWERS.

Carly Rae Jepsen now holds two spots in the top five (as does Alabama Shakes), with “I Really Like You” holding at #3 and “E·MO·TION” jumping to a new peak of #4. Kacey Musgraves, Grizfolk, and Demi Lovato make big moves in the chart’s upper half. Also in the top fifty is Hunter Hunted’s “Lucky Day,” the highest debut of the week at #48. Wildhood follows with the next entry, debut single “Psycho Jam,” at #60; in the lower rungs, R5 (who also re-enters “All Night”), Rob Thomas, ROMANS, and AIR BAG ONE all score with new songs. 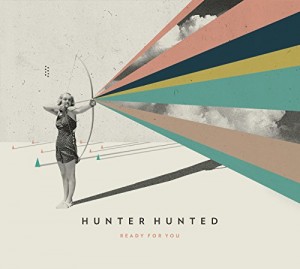