A quiet week for the chart sees positive action for Leon Bridges, Hunter Hunted, and R5. Only one debut makes the chart, Hunter Hayes’s “Young And In Love” at #95, but a quartet of re-entries appear as well from Hayes, Charlie Puth featuring Meghan Trainor, Bea Miller, and POWERS. 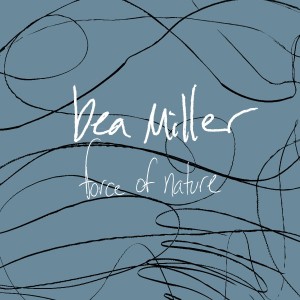 Many of last week’s notable movers continue to head upward, including Ellie Goulding’s “Love Me Like You Do,” Taylor Swift’s “Style,” and Bea Miller’s “Fire N Gold.” While there are eight debuts, they come from only two artists, as Swift and Jamie Scott each add four new entries, the highest of which being Scott’s “Crazy For Loving Me” at #39.

The top ten gets a pair of new entries: Ellie Goulding’s “Love Me Like You Do” vaults from #36 to #8 in its second week, while just below at #9, Kelly Clarkson scores the week’s highest debut with “Heartbeat Song.” Three more of last week’s debuts are the week’s biggest movers — Echosmith’s “Bright” ties Goulding with a 28-position jump for “Bright” (up 82-54), Bea Miller’s “Fire N Gold” jumps from #50 to #26, and Taylor Swift scores her highest-charting 1989 single yet with “Style” (up 42-23). XOV, who just missed the top 100 last fall with Hunger Games track “Animal,” scores three debuts this week from his Lucifer EP: the title track at #41, “Chaos” at #88, and “Blood Honey” at #100. Mickey Guyton’s “Better Than You Left Me” re-enters the chart, while Charli XCX featuring Rita Ora, HISTORY, and Zac Brown Band all make their way onto the chart.

Though the top four positions on the chart are unchanged, Walk The Moon scores a second spot in the top five as “Aquaman” leaps from 8 to 5. Meanwhile, Montaigne scores her second top twenty hit with “Pontius Of The Past” moving 22-20. With the music industry revived in the new year, new music begins entering the chart, led by Ellie Goulding’s new Fifty Shades Of Grey soundtrack song, “Love Me Like You Do,” launching at #36. Taylor Swift’s newest 1989 single, “Style,” begins at #42, immediately matching the peak of album cut “Out Of The Woods.” Also in the top fifty is newcomer Bea Miller, whose “Fire N Gold” enters right at #50. Additional debuts come from new artist Fancy and new singles for Echosmith, Madonna, and Sia, while Jason French, Ryn Weaver, and Maroon 5 all make re-entries. 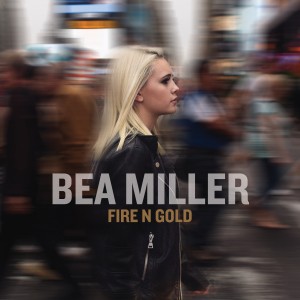