The top three are stagnant this week, but just below, Mark Ronson and Bruno Mars slide up three spots to #4 in their second week on the chart with “Uptown Funk,” while One Direction scores their second top-ten placement this album cycle as “Night Changes” vaults from #33 to #8. And while 1D scores several debuts upon the release of new album FOUR, it’s Sinclair who scores the top debut, with “Heaven On Earth” entering at #45 under a big #58-#30 jump for “The World Is Ours.” In addition to One Direction’s five debuts, new entries include chart newcomers Tor Miller and I Know Leopard, as well as new debuts from Sinclair, Lifehouse, and Nick Jonas. Kelly Clarkson also scores the first seasonal song to enter the chart this year, as “Wrapped In Red” debuts at #92. It’s the title track and first song to chart from her 2013 holiday album, since my chart went on hiatus late last year – her last song to chart was “Tie It Up,” which peaked at #35 last fall. 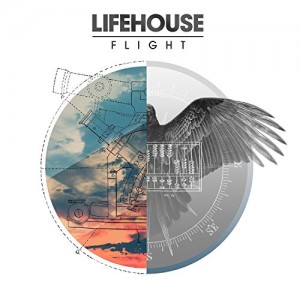 Best Of Me (What’s Left Of Me)

The top three is steady, with P!nk and a rebounding Sara Bareilles bringing up the rear of the top five and Lissie just behind. OneRepublic’s “Secrets” re-enters the top ten. Lifehouse album cut “Best Of Me (What’s Left Of Me)” and Christina Perri’s debut single “Jar Of Hearts” are the highest debuts at #28 and #29.

It Is What It Is

Maroon 5 and Sheryl Crow hold the top two spots once again with “Misery” and “Summer Day,” but The Script jumps in at #3 with “For The First Time.” Paramore also moves into the top five as “The Only Exception” jumps from #11 to #4. Lissie’s two debuts include the highest of the week, for “When I’m Alone” at #11, and “In Sleep” at #38. Lifehouse also debuts in the top twenty with “It Is What It Is,” an album cut from Smoke and Mirrors.

Maroon 5 is the latest to rotate into the top spot as “Misery” dethrones Sheryl Crow. Lifehouse moves into the top three with “All In,” while OneRepublic’s “Secrets” enters the top ten. French artist Bérénice makes the top debut with “I’d Rather Sleep Alone,” in at #26.