The last chart of 2015 is a quiet one, with no big surprise album releases this December. One Direction’s “What A Feeling” moves into the top ten, while Mackenzie Thoms scores the highest of three debuts. 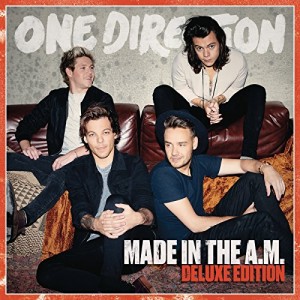 Much like what occurred with the release of 21 in early 2011, the entirety of Adele’s new album 25 debuts on the chart, with all but three songs in the upper half. “Hello” holds at #1 for a fourth week, while “When We Were Young” at #4 and “Water Under The Bridge” at #6 lead her baker’s dozen of debuts. Despite the Adele domination, One Direction adds another four debuts to their tally; Troye Sivan and newcomers MØ and Secret Weapons also enter.

End Of The Day