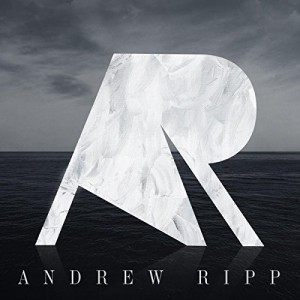 Unsurprisingly, Adele moves into the top spot with “Hello” after debuting at #3 last week, unseating Carly Rae Jepsen’s “Run Away With Me” after twelve weeks at the top. It’s Adele’s fourth chart-topper, following “Rolling In The Deep,” “Someone Like You,” and “Skyfall.” Jepsen and Sara Bareilles each move down a spot to fill out the top three. Cam moves into the top five with “Burning House,” while Andrew Ripp rebounds to a new peak of #8 for “Hole In My Heart.” While DNCE’s debut single “Cake By The Ocean” sits just outside the top ten, they nab the top debut with SWAAY EP track and likely follow-up single “Pay My Rent,” in at #47. The rest of the debuts are led by a new Waitress cut from Bareilles, a pair of Andrew Ripp debuts (and a re-entry for “Animal”), and another Carrie Underwood album track.

Finish Ticket and Justin Bieber enter the top ten, pushing out Andrew Ripp and Lianne La Havas. Not far below, Ellie Goulding scores her second big debut of the year with Delirium track “Something In The Way You Move,” which enters at #13. Tinashé and Dagny make big moves and approach the top twenty. Additional debuts include Kenzie Nimmo, Olly Murs, and Carrie Underwood.

Carly Rae runs away with a fifth week at #1 while continuing to secure three other slots in the top ten. Felix Cartal and Nikki Yanofsky jump into the top five; Alessia Cara, Andrew Ripp, and Grace Mitchell all move into the top twenty. Inside the top fifty, Cam rebounds with a new peak for “Burning House” at #46; below, Maddie & Tae and Justin Bieber each make big climbs. EZA is the week’s highest debut, returning with a new single, “We Keep The Lights Out.” New tracks from Montaigne, Maddie & Tae, CRUISR, Grace Mitchell, and Max Frost also notch their first weeks, while Audien and Lady Antebellum’s collaboration “Something Better” returns to its original peak of #94.

Hole In My Heart