Carly Rae runs away with a fifth week at #1 while continuing to secure three other slots in the top ten. Felix Cartal and Nikki Yanofsky jump into the top five; Alessia Cara, Andrew Ripp, and Grace Mitchell all move into the top twenty. Inside the top fifty, Cam rebounds with a new peak for “Burning House” at #46; below, Maddie & Tae and Justin Bieber each make big climbs. EZA is the week’s highest debut, returning with a new single, “We Keep The Lights Out.” New tracks from Montaigne, Maddie & Tae, CRUISR, Grace Mitchell, and Max Frost also notch their first weeks, while Audien and Lady Antebellum’s collaboration “Something Better” returns to its original peak of #94.

It’s a very E·MO·TION-al week on the chart for Carly Rae Jepsen, who notches a third week at #1 with “Run Away With Me.” With the entire top ten stagnant, the album’s title track and “I Really Like You” continue their hold on three of its ten spots. Most of the album enters the chart this week as well, led by “Let’s Get Lost” at #15. In other news, Felix Cartal’s collaboration with Nikki Yanofsky, “Something To Live For,” vaults from its #86 debut last week to #14. Gavin James, ROMANS, and Emily King score large jumps as well. Other debuts include two tracks from Grace Mitchell’s new Raceday EP, plus new tracks from Brayton Bowman, Carrie Underwood, BØRNS, newcomer Mackenzie Thoms, Céline Dion & Fred Pellerin, The Neighbourhood, Nick Jonas, Gorgon City featuring ROMANS, and JoJo.

Carly Rae Jepsen holds onto #1 for a second week as the top ten is stagnant save for a switch between Matt Nathanson and Alabama Shakes for #8 and #9. Second-week singles from Robin Thicke and Nicki Minaj, Lianne La Havas, and Jepsen make big moves into the top fifty. In the lower half, Years & Years score the week’s highest debut, as “Desire” enters at #61. They enter over new songs from Emily King, Rob Thomas, and The Band Perry, along with newcomers Felix Cartal (featuring Nikki Yanofsky), Audien (featuring Lady Antebellum), and Shane & Emily. 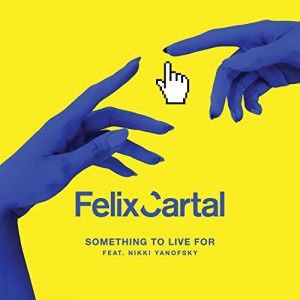 Something To Live For

As the music industry wakes up from its holiday slumber and begins the new year, attention shifts to developing new artists whose careers are beginning to build. Below are forty hand-picked artists of varying genres and current levels of success. Some are completely independent, while others have already topped charts. Regardless, all of them show potential to be even bigger names, particularly in America, in the coming year. Listen to the artists through this SoundCloud playlist, and check back later in the year to see how these predictions turned out. END_OF_DOCUMENT_TOKEN_TO_BE_REPLACED

As “Shut Up And Dance” moves up to a new peak of #2 after five weeks of waiting at #3, Walk The Moon also achieves another top-twenty hit as Talking Is Hard album track “Work This Body” vaults from #64 to #11. Carrie Underwood scores the highest of only seven debuts this week, with “Little Toy Guns” coming in at #57. Purity Ring debuts at #66 with “push pull,” the lead track from their upcoming album, while Tourist makes his second chart entry ahead of his upcoming debut album as “Illuminate,” featuring Years & Years, makes it into the chart at #95 after several weeks in waiting below the top 100. Two covers also make debuts: Nikki Yanofsky’s SoundCloud-exclusive cover of Raury’s “Cigarette Song” debuts at #78, while A Great Big World marks the year’s third holiday entry with their cover of Gayla Peevey’s “I Want A Hippopotamus For Christmas,” part of Epic Records’s holiday compilation EP I’ll Be Home For Christmas. 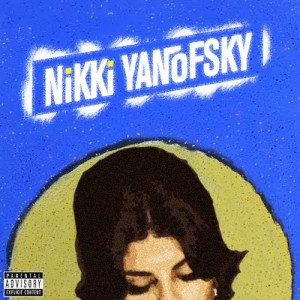 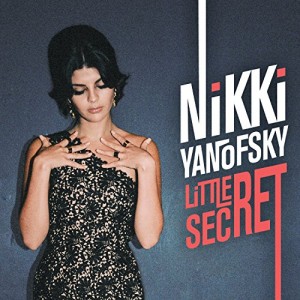 Waiting On The Sun