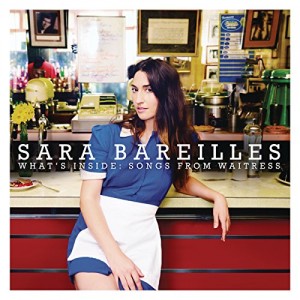 You Matter To Me

What's Inside: Songs From Waitress

What's Inside: Songs From Waitress

With the top four still unmoved, Hope and Jason Mraz move into the top five with “Love Love Love,” while P!nk’s “Raise Your Glass” vaults to #8 in its second week on the chart. The Script gets the highest debut with “Walk Away” in at #15, along with four more new entries from Science & Faith.

The entire top five holds steady, with Hope and Jason Mraz nipping at their heels by jumping to #6 with “Love Love Love.” Along with Ingrid Michaelson’s “Parachute,” which moves 15-7, Maroon 5 adds two more songs to the top ten: “No Curtain Call” at #9 and “Don’t Know Nothing” at #10, raising the number of top-ten songs from Hands All Over to five.