Adele holds for a second week at #1 with “Hello,” with Carly Rae Jepsen and Sara Bareilles steady in the top three. Bareilles is also the week’s biggest mover, as “Door Number Three” jumps from its #59 debut last week into the top twenty. (Speaking of the top twenty, a notable fact: Walk The Moon’s “Shut Up And Dance” exits the top twenty this week for the first time in its 61st week on the chart). Coldplay scores the highest debut of the week with A Head Full Of Dreams lead single “Adventure Of A Lifetime,” in at #55 ahead of Lissie’s “Hero” at #62. Additional debuts include new entries from xoV, Tori Kelly, and Alessia Cara.

In its 23rd week at the top, Walk The Moon’s “Shut Up And Dance” sets a record for the highest number of chart weeks at #1, surpassing the previous 22-week record set by Adele’s “Rolling In The Deep.” (In the earliest days of my personal chart, Ricky Martin and Christina Aguilera’s “Nobody Wants To Be Lonely” reigned for a total of 41 weeks at #1 in 2002, though only over five charts, as I was not yet compiling them on a weekly basis.) Meanwhile, Carly Rae Jepsen moves into the top ten with “E·MO·TION.” 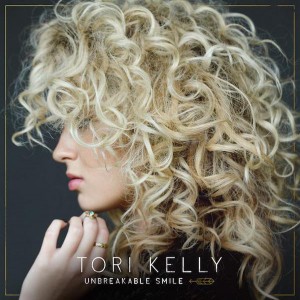 Walk The Moon gets a 22nd week at #1 with “Shut Up And Dance,” tying it with Adele’s “Rolling In The Deep” for the longest-running #1 ever on my chart. Minus a little shuffling at the bottom, the top ten stays the same; Carly Rae Jepsen vaults to #11 with the title track from her new album, E·MO·TION. She also scores the week’s highest debut, as upcoming single “Run Away With Me” runs in at #33. Except for the debut of Delta Rae’s Charleston-inspired single “All Good People” and a re-entry from firekid, the rest of the week’s new entries belong to Kacey Musgraves and Tori Kelly, who each debut several songs from their respective albums, Pageant Material and Unbreakable Smile.

I Was Made For Loving You